Women throughout Ireland prepare for the Mini Marathon.

This was the second year the event had been run and it inspired women to go out training in groups all over Ireland. The mini-marathon was hugely successful and continues to be held annually on the Monday of the June bank holiday weekend.

The women of Kingswood Heights in Clondalkin tell Marian Finucane that training makes them burst with energy and relieves tension and boredom from housework.

The group in Salthill in Galway like that it's all women and you get a high afterwards.

The team on 'The Women's Programme' is also in training. Producer Claire Duignan sets the stopwatch for Nell McCafferty, Nuala O'Faolain, Marian Finucane, Doireann Ní Bhriain and Thomasena Corrigan all running by the seafront.

This episode of The Women's Programme was broadcast on 26 March 1984. The presenter is Marian Finucane. 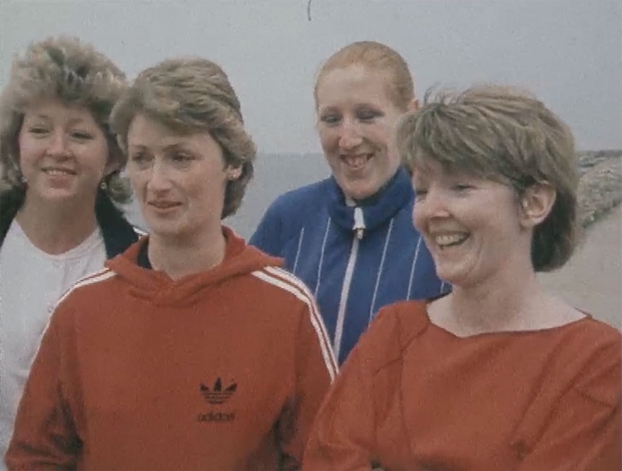