Temperatures rise and the sun shines to improve road conditions in some areas but more snow is forecast.

While sunshine has melted snow in some parts of the country, there is still enough underfoot for children to have a snowball fight or to go tobogganing.

Taney Road near Goatstown in Dublin is completely clear of snow and traffic is moving well, but roads in housing estates remain snowbound. Snow ploughs have also cleared blocked roads in the mountains enabling deliveries to reach more isolated areas.

Eyre Square in Galway also has sunshine and the snow has thawed considerably. 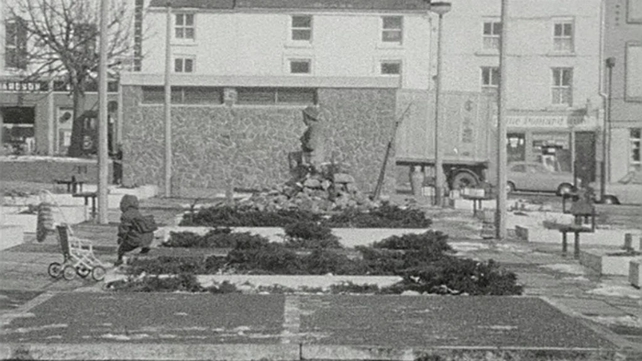 However the reprieve is only temporary as further snow is forecast for the country.

An RTÉ News report broadcast on 17 February 1969. The footage shown here is mute.