According to Paddy Kelleher Superintendent at the Summerhill Depot in Dublin describes how the fire broke out at the hands of vandals.

He commends the efforts of the supervisory and maintenance staff who managed to move buses which otherwise would have resulted in the destruction of the entire fleet. 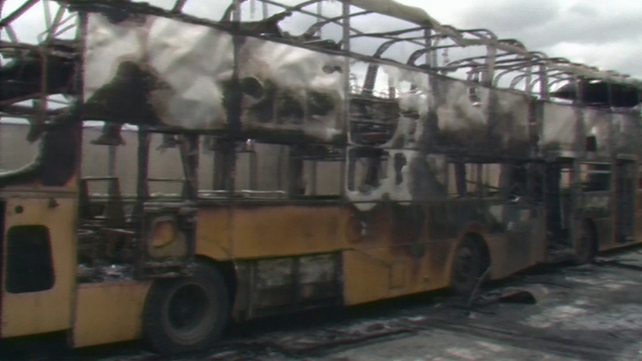 Garda forensic experts will examine the scene to ascertain the cause of the fire which caused an estimated half a million pounds worth of damage.

There was something of a fairy tale dimension to this meeting, exactly a year and a day after Colin McStay underwent a liver replacement operation performed by Doctor Thomas Starzl in Pittsburgh in the United States of America.