Celebrating the Dublin Millennium, twenty thousand people turn out for the RTÉ Radio 2 Beat on the Street.

On an unseasonably warm Bank Holiday Monday the thousands of music fans basked in the sunshine of Saint Stephen's Green.

They came in their thousands to rock at what surely must be one of the biggest gatherings for the city's birthday party.

The afternoon passed off without incident apart from a people fainting, according to one member of the Order of Malta.

Organisers of the event were not taking any chances. RTÉ Radio 2 producer Ian Wilson describes the security and planning that goes into an event of this size.

A crowd of all ages was entertained by Radio 2 DJs Paul Scanlon, Simon Young, Michael McNamara and Barry Lang playing all the latest hits. 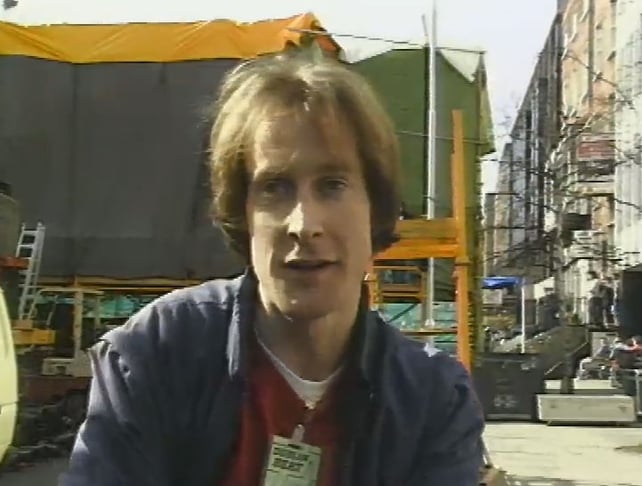 An RTÉ News report broadcast on 4 April 1988. The reporter is Cathy Halloran.