The Wogan School of Irish Dancing step it out in time for Saint Patrick's Day.

Dancers from the Wogan School of Irish dancing perform on 'Live At Three' to put viewers in the mood for Saint Patrick's Day celebrations.

These dancers are taught by World Champion Irish dancer Maria Wogan.  Her school of dancing has many accolades under its belt, including the All-Ireland and the American National Championships.  Their next challenge will be competing in the World Irish Dancing Championship.

The dancers perform a selection of treble reels, a hornpipe, the traditional set dance jig ‘Saint Patrick’s Day’, and finish off with a few more reels. 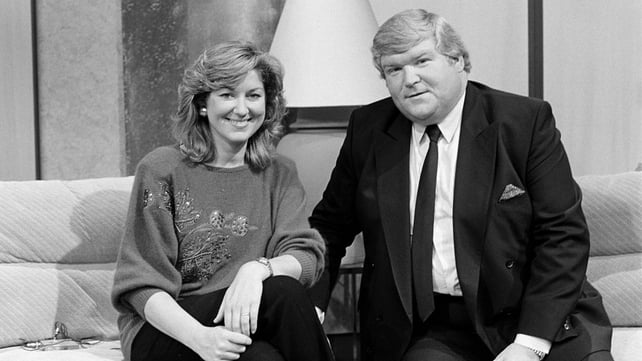 First transmitted on 29 September 1986, ‘Live At Three’ was an afternoon show broadcast Monday to Friday on RTÉ 1 presented by Thelma Mansfield and Derek Davis.  Executive producer Noel Smith described it as

an afternoon version of breakfast TV, but with an even easier pace.

This episode of ‘Live At Three’ was broadcast on 12 March 1993.  The presenters are Derek Davis and Thelma Mansfield.

A Céilí Dance on Television 1965