British pub rockers Brinsley Schwarz travel across Dublin to their song 'Home In My Hand'.

Filmed and photographed for Tangents the band make their way across Dublin through the Phoenix Park on to the RTÉ studios.

The band is named after guitarist Brinsley Schwarz with Nick Lowe on bass and vocals, Bob Andrews on keyboards and Billy Rankin on drums. 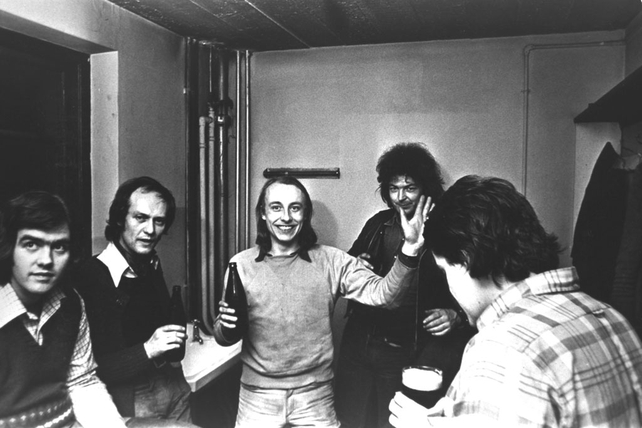 This episode of 'Tangents' was broadcast on 6 March 1973.