Farmers, workmen and children on the streets of Clonmel are caught on film as they go about their business. Most are more than happy to wave to the RTÉ camera crew.

Ballymagash was a fictional any town that was not too far away from many an Irish town. While presenter Frank Hall and producer John Keogh never specified the exact geographical location of Ballymagash, it was billed in the RTÉ Guide of 7 January as,

A town a few miles from almost anywhere in Ireland.

This episode of ‘Ballymagash’ was broadcast on 14 February 1983. 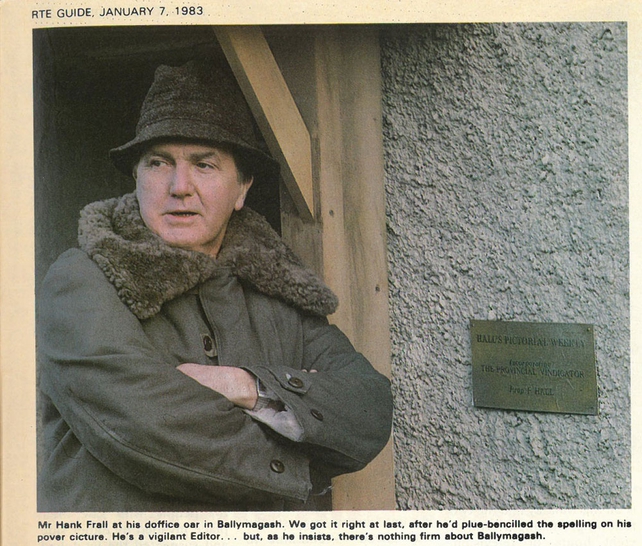