A new exhibition of railway memorabilia has opened at Fivemiletown Museum in County Tyrone.

With one of the narrowest main streets in Ulster, it was quite a scene to see the steam engine battling its way along the busy and sometimes congested track to the town.

46 years after the railway's closure some traces of the line still remain.

RTÉ News speaks to Jack Johnston about the old station in Fivemiletown who says the railway's closure in 1941 was inevitable given the fact that it never made any money. 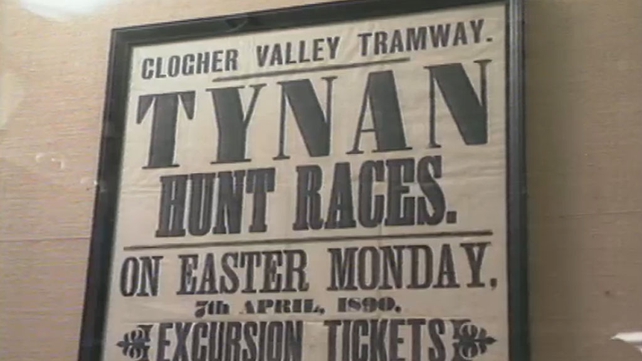 The railway was kept going on nostalgia and the hope that the new bus service and alternative methods of road transport wouldn't take off. In an effort to combat this new competition, the railway management introduced a new diesel train in 1932 to compliment the existing steam train service. This railcar is now on display in the Belfast Museum, and Tom McDevitte recalls the history of the engine. 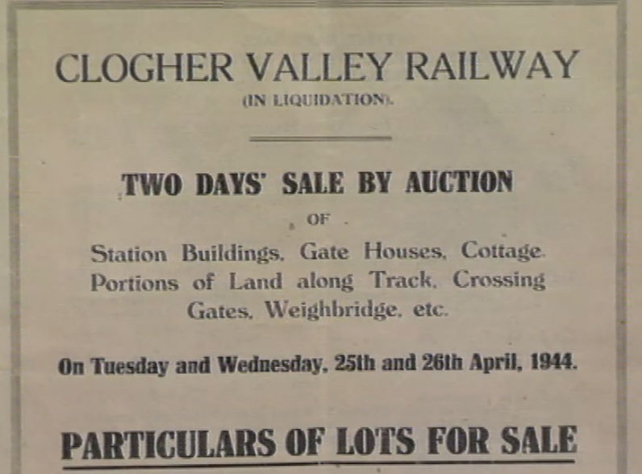 At the exhibition at Fivemiletown Museum Dr George Gillespie, who lived near the old station, describes some of the railway memorabilia on display. Dr Gillespie also recalls taking the last train journey to Fivemiletown.

An RTÉ News report broadcast on 10 August 1987. The reporter is Michael Fisher.