The delegation arrived at Dublin Airport on board an Aer Lingus flight before heading to RTÉ Donnybrook by bus. The international group of engineers are shown the preparations for the evening transmission. RTÉ employees, Eric Spain and Graham Shaw explain the workings of the telecine and demonstrate the use of video tape equipment.

The 72 engineers and technicians were attending an international television conference in London and were flown into Dublin for a six-hour trip which included a tour of the Montrose television studios. 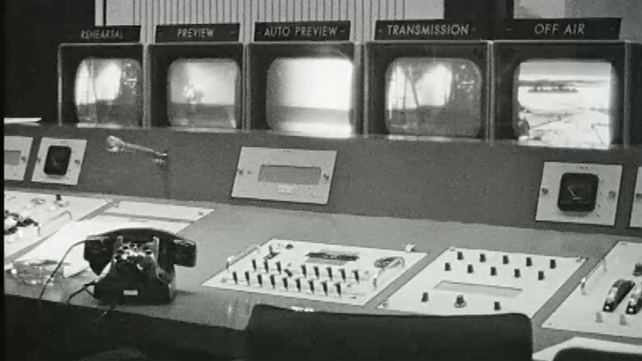