Three former journalists recall the challenges they faced reporting on unfolding events in Northern Ireland during the 1960s.

Broadcasting History - An Evening With the Archives was organised by BBC Northern Ireland in collaboration with RTÉ Archives, Northern Ireland Screen, UTV and PRONI during the Docs Ireland festival in Belfast.

Reports and extracts from television programmes featuring events in Northern Ireland from the 1960s and 1970s taken from the archives of broadcaster BBC, UTV and RTÉ were screened. Afterwards a panel chaired by former BBC producer Peter Weil discussed the challenges and dilemmas faced by broadcasters in covering the unfolding events in Northern Ireland during this period.

The panel members Robin Walsh (UTV and BBC), Kevin Healy (RTÉ) and Don Anderson (BBC) were reporting for their respective broadcasters on the changing circumstances in an increasingly tense and divided society in Northern Ireland during the 1960s.

In this recording from the BBC of the event each of the former reporters talks about an archive clip featuring their younger self.

Robin Walsh is seen trying to interview Lord Brookeborough in 1966. 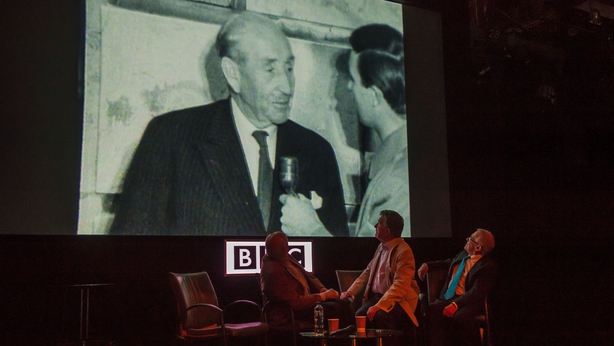 In August 1969 a 22 year old Kevin Healy was delivering a piece to camera following a night of violence which left six dead across Northern Ireland including nine year Patrick Rooney. 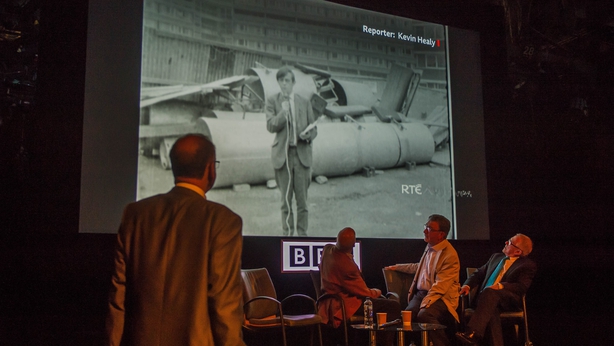 Also in 1969 Don Anderson was reporting on the destruction of homes in Bombay Street Belfast he recalls feeling that he was,

Actually watching bits of society fall to pieces and I can still feel the shock of that. People think that those of us reporting don't actually feel things like that but we did. 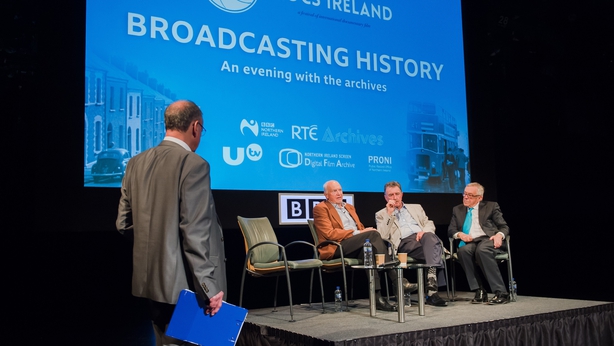 The compilation of films from the broadcast archives of BBC, UTV and RTÉ covered the growing sectarian divide. 'The Orange and The Green' produced by UTV in 1966 looked at the two traditions 50 years after the Easter Rising.

In an RTÉ report broadcast in February 1969 Kevin O'Kelly got the views of young couples on the Shankill Road about politics in Northern Ireland and society south of the border.

The failure to provide housing featured in a remarkable BBC NI report on Springtown Camp in Derry looking at life for those living on the former US Navy camp.

The border offered the opportunity of earning illicit cash for a pig smuggler interviewed in a 1969 'On The Land' report from RTÉ.

During the discussion Robin Walsh praised the work of all the camera men and sound men (they were all men in the 1960s) who recorded fraught situations during turbulent times. In a report for 'This Week :

The Army in Ulster - The Men in the Middle', a 1969 ITV covered the arrival of the British Army in Belfast to replace barricades with 'peace lines'  while RTÉ an News crew with camerman Gay O'Brien filmed a police baton charge on a Civil Rights march in Derry in October 1968. 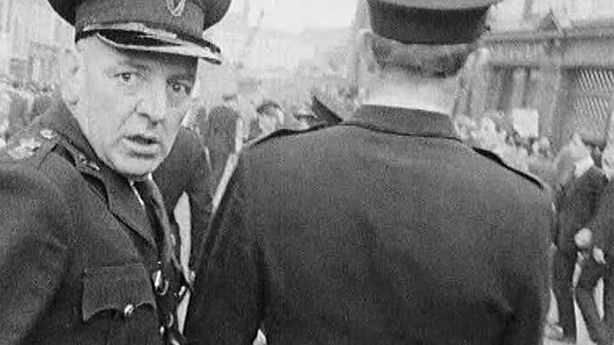 Among the reports shown at an evening with the archives featuring religion, politics, violence and views of north and south of the border there was one that made everyone smile. Tonight : Belfast Sunday was a BBC report from 1964 on how the activities of the people of Belfast were often restricted to church going and religious observance on a Sunday. However there was nothing held back from the young children in one Belfast church hall who were dancing the shake without any inhibition totally wrapped up in the live music being played.

Broadcasting History - An Evening With The Archives was held at BBC Blackstaff House in Belfast on 13 June 2019. The panel featured Robin Walsh (UTV and BBC), Kevin Healy (RTÉ) and Don Anderson (BBC). Footage from the broadcast archives of BBC UTV and RTÉ featured on the night. The event was presented by Peter Weil.