The civil rights march in Derry on 5 October 1968 is often cited as the start of "the Troubles" in Northern Ireland.

A planned march took place to protest at the unfair allocation of houses and jobs, as well as the limited franchise in local government elections.

The protest was planned by the Derry Housing Action Committee (DHAC) with the support of the Northern Ireland Civil Rights Association (NICRA). When the march was announced, the Apprentice Boys, a Protestant organisation, declared that they would hold a parade on the same day.

On 3 October 1968, the Stormont government banned all parades. The following day, all of the organisations behind the civil rights protest met and decided to go ahead with their parade. When the RUC blocked the intended route of the march and baton charged the crowd, the television cameras were there and the images were shown around the world.

Discover more from RTÉ Archives about the Civil Rights Movement in Northern Ireland.

The film was shot by RTÉ cameraman Gay O'Brien and the sound recorded by Eamon Hayes. 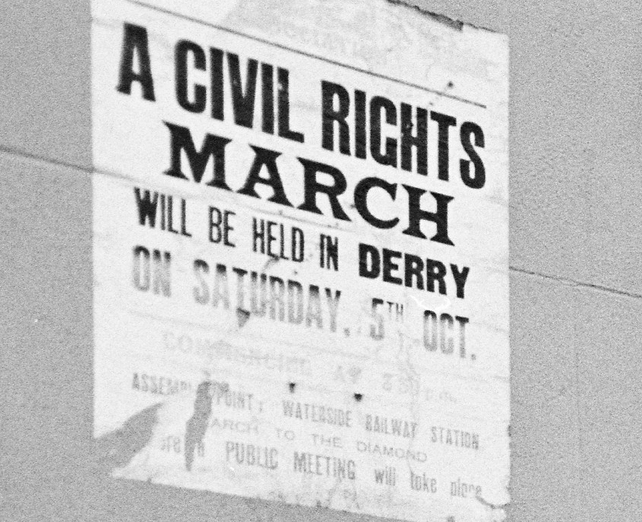