Reaction in Galway to the news that after 40 years in the priesthood, 27 of those as bishop, Eamonn Casey has resigned.

As the news breaks of the resignation, tributes pour in from the people and clergy of Galway as they praise his charity work at home and abroad.

Sympathies are with Bishop Casey with one woman reluctant to judge his actions.

The devil is out there to tempt us all and there's none of us can judge anybody. It's very hard on the church at the moment and I feel really that, even at this interview I don't think it should be going on. I should leave it in the man above to judge everybody.

The almost unbearable sadness of early morning mass goers in a city which has struggled throughout the day to try to come to grips with the loss in such controversial circumstances of a bishop who had captured its heart and its imagination. 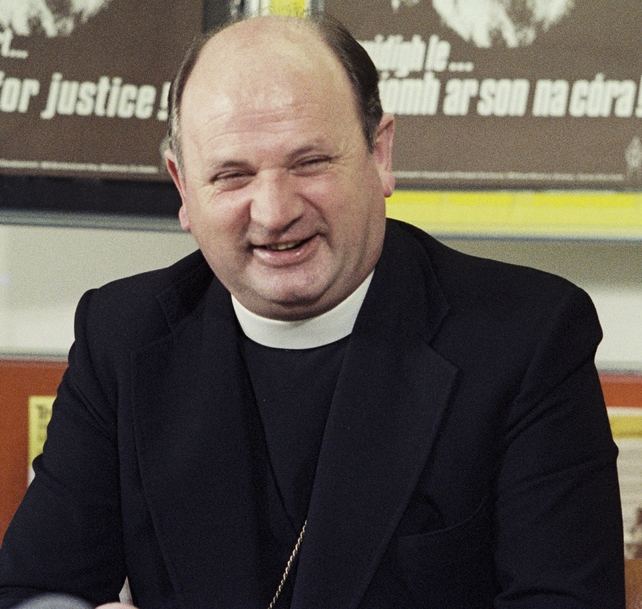 Sister Meta Reid comments on the media speculation surrounding the bishop's resignation and describes his choice to resign as a reflection on the system and the need to talk about Bishop Casey in the present and not the past.

I think it's important to say he is a wonderful human being.

There was support from other religious including Dr Joseph Cassidy who commends Bishop Casey's charitable work and describes him as,

A man of global compassion.

History will treat him very kindly.

An RTÉ News report broadcast on 7 May 1992. The reporter is Jim Fahy.