A visit to Kilkenny to explore the city's past and present.

Michael J McGuinness Mayor of Kilkenny presents PP O'Reilly and the 'Discovery' team with the seal of welcome to the city.

PP O'Reilly outlines the reason for their visit to the historic town.

Kilkenny has always been famous in art and culture throughout Ireland. We want to know, we want to discover how it stands today.

Kilkenny's Town clerk Peter Farrelly holds the responsibility for keeping the city's ancient records, which go back to 1231. The 'Libro Primus' is the minute book of Kilkenny Corporation from 1231 to 1538.

A document dating back to 1244 outlines how the Dominican friars were granted permission by the Bishop of Saint Canice's to take water from the well of St Canice provided the pipe wasn't any bigger than his episcopal ring.

One of the most interesting documents is the Charter of James the 1st along with a sword, which declared Kilkenny a city in 1609, a status held since this date. Peter Farrelly also recounts how following the Battle of the Boyne, King William in 1690, camped at Bennetsbridge, five or six miles outside Kilkenny.

We have the biggest collection in Ireland outside Dublin.

While all these documents and books are of great value in discovering the history of the city, Mr Farrelly believes that it is shame to have them locked away and hopes to put them on display in the council chamber.

On to Saint Canine's Cathedral which holds the finest collection of 16th century sepulchral monuments in all of Ireland.

In these grounds the footsteps of history tramped and left their mark. A thousand years of building and destroying. From round towers to the scars of Cromwell. From tools in granite to floors in the marble of four provinces.

Nearby Saint Canice's is the Black Abbey which was built for the Dominicans by Guillaume le Mareschal in 1225 and remains Dominican today.

Its museum is another storehouse of antiquities and rare books.

Saint Mary's graveyard lies in the centre of the town next to the courthouse.

Cromwell had reason to storm this city for wasn't it the seat of the government of confederacy and this old courthouse is where the parliament met.

The cathedral at one end of the city and the castle at the other, act as twin props of the Norman civilisation. The structure of the castle dates from the early 12th century and has been improved and extended many times since.

PP O'Reilly chats to John Kelly Keane editor of 'The Kilkenny People' about a range of changes taking place from the restoration of the castle and the possibility of the city becoming 'the Florence of Ireland'.

The castle is an important Kilkenny landmark and it has played a very significant part in Irish history.

John Kelly Keane also mentions the importance of the connection between the past and present with the establishment of the Kilkenny Industrial Design Centre in what were formerly the stables of Kilkenny Castle. 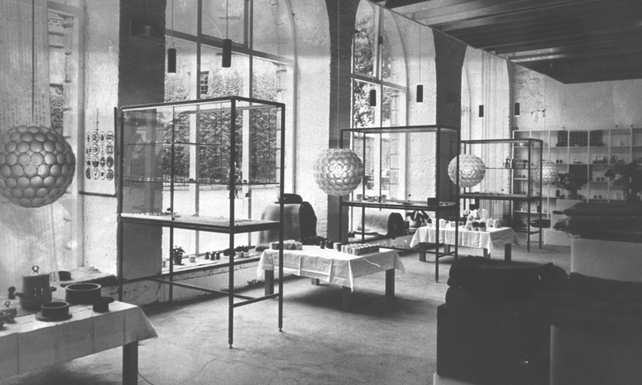 In the past the idea was that new ideas were created here in the crafts... and the arts. Today in the industrial sphere, new ideas are being created here.

Kilkenny is also a leader in the field of social services and has a long tradition of caring for its sick and elderly.