Tory Island families offered homes on the mainland but some fear this is the beginning of the end for island life.

Following a period of great hardship in 1974, a number of Tory Island families applied for council houses on the mainland. Now 10 families have been offered houses and if these 51 people leave, Tory will lose 25 per cent of its population.

Islander Patsy Dan Rodgers says the current atmosphere on the island is terrible and rather than offering houses to a select few, the Council should have offered 70 houses to re-house all of the families.

There is some opposition to the Donegal County Council proposals. Parish priest Fr Diarmuid Ó Peicín is adamant the County Council should be encouraging people to stay on the island by improving facilities, rather than tempting them into new houses on the mainland.

No way would I entertain the idea that it is a dying island but if the government persist in their policy that is manifested through the actions of the County Council then this might be so.

He does not blame people for wanting to leave for an easier life where they can avail of educational facilities and job opportunities for their children.

Teacher Mary Colgan thinks that if people leave Tory they will become integrated with the people on the mainland and the old values and ways of island life will be lost.

When you are living on the mainland now, a lot of that is gone, that welcome, and the unity and everything, I suppose they’ll enter into the rat race.

An RTÉ News report broadcast on 15 December 1981. The reporter is Tommie Gorman. 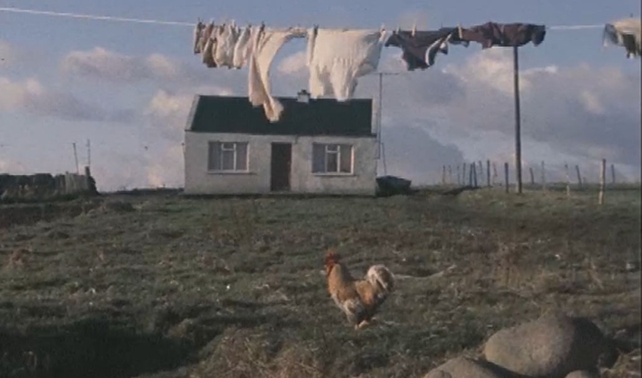