The story of an impoverished farming family and their struggle to continue living on the land, and a divided Land League.

In Meath Paddy and Ann McConnell and their seven children are occupying land in a dispute with the Land Commission. The 61 acre farm in Carnaross near Kells is controlled by the Land Commission. It was meant for a migrant farmer but he never got it as the O'Connell family have been squatting on the farm since 24 January 1971. They are protesting over what they say is,

Discrimination in the distribution of land.

Paddy McConnell and his brother Eugene are officially landless men. Officially they have no rights to land, despite the fact that Paddy has made applications for land for the past 18 years. Paddy McConnell claims that the Land Commission took over the family farm on the understanding that they would get another farm in return. However, this has never come to pass and the Land Commission say that they have no record of such an agreement. 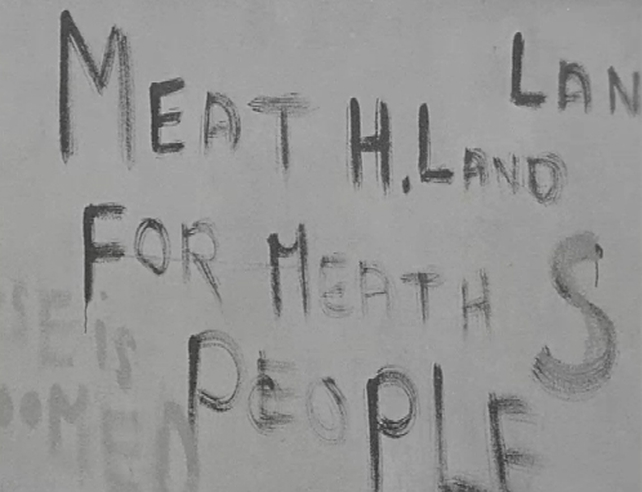 Paddy McConnell is now making the claim in his wife's name. Ann was born just outside Kells where she still owns five acres of land. The McConnells applied for land here but were refused although they were expected to live in the now derelict cottage which sits on the land. The derelict house was viewed by the Land Commission as the McConnell's problem. With no other choice, the McConnells joined the Land League.

Bill O'Herlihy talks to Brendan Lynch, Chairman of the National Land League, about his support for the McConnell family.

Ann McConnell claimed responsibility for occupying the farm to the Land Commission and said that the 19 cattle grazing there belonged to her. As a result, she was charged with squatting and breaking into the farm house. For the past six months she has been in prison in Mountjoy. Reluctant to give up her fight, she now faces the prospect of spending Christmas in jail.

Mrs McConnell appeared before five courts and refused to leave the holding until the Land Commission gave her 20 acres on which to graze her cows. The Commission made no such deal.

The rest of the family are still occupying the farm and the house which has no light, heat or water.

Commenting on the Land League's continued support for the McConnells, Brendan Lynch says that the law is twisted against the family.

We may be doing something illegal but my God this is supposed to be a Christian country and children should not be victimised and punished to the extent that they haven't even a drop of water to wash themselves. That's wrong. I don't think that squatting is the greatest crime a person can commit. 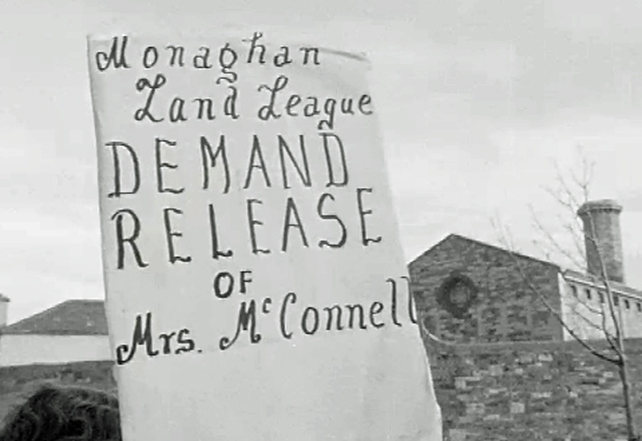 The McConnell squatting has the elements of a Greek tragedy. They don't want the land on which they squat but they won't give up until the Land Commission come to an agreement.

This 'Seven Days' report by Bill O'Herlihy was broadcast on 7 December 1971.