The village of Slane lies above the well-wooded slopes of the Boyne Valley an area laden with historical sites.

Slane also has the distinction of giving to literature the major Irish poet Francis Ledwidge, killed in action in World War I. His brother Joe still lives in the village. Other notable denizens of Slane include the artist Terry Trench known as Bea Orpen, the Earl of Mountcharles, gardener and raconteur Paddy Coyle and Dominic McDonagh whose family has been farming in the area for generations.

The village of Slane is near the Neolithic mounds of Newgrange, Knowth and Dowth built over 5000 years ago by people with with extraordinary constructional and artistic abilities.

In the 5th centenary according to tradition, St Patrick lit Ireland's first Paschal Fire at the Hill of Slane and brought Christianity to Ireland. Later in 1142 Mellifont Cistercian Abbey was established 2 miles north of the village.

The now peaceful Boyne Valley shows no signs of the mighty battle that took place in 1690 when William III (William of Orange) defeated James II, the result of which caused ripples for centuries after.

This episode of ‘Discovery’ was broadcast on 29 September 1966. The programme was written and produced by Odran Walsh, with commentary by PP O'Reilly. 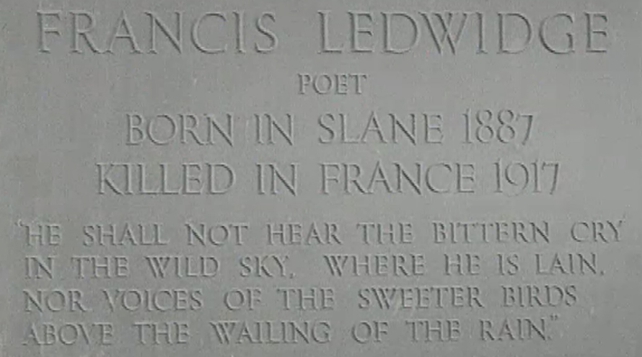