Ahead of the official opening on the 21 October 2011 RTÉ News takes a look around Dublin's newest museum, The Little Museum of Dublin at Saint Stephen's Green.

The Little Museum of Dublin charts the events and remembers the people who have shaped the city.

The Little Museum of Dublin tells the story of the capital in the twentieth century.

The Little Museum of Dublin charts the events and remembers the people who have shaped the city. Around 400 artefacts have been donated to the museum over the past six months by Dubliners. These include pieces from the Easter Rising and the lectern used by President John F Kennedy when he addressed both Houses of the Oireachtas on 28 June, 1963. The museum also holds a first English edition of 'Ulysses' by James Joyce. Director Trevor White says that,

Most people will tell you they have read the first page of 'Ulysses', in deference to them we decided to leave our copy of it open on the last page so that visitors to the museum might at least say they have finished 'Ulysses'. 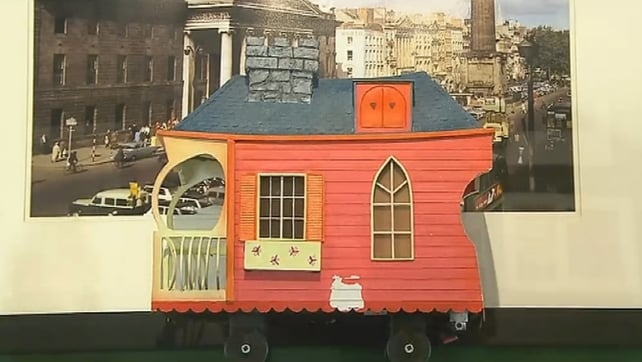 It is hoped that the museum will attract tourists from all over the world and Fáilte Ireland Director of Marketing and Development John Concannon believes it fills a need.

It is quite a small venue but they’ve managed to pack a really sizeable punch in here... it complements the National Museum infrastructure. We have some really wonderful museums and galleries in Dublin.

The Lord Mayor of Dublin will officially open the museum to the public and the venue will also be available to rent for functions.

An RTÉ News report broadcast on 20 October 2011. The reporter is Lynsey Kiely.