The Museum of Broadcasting at the Portobello Studios Rathmines is opened by RTÉ Director General George Waters.

The new Broadcasting Museum will have exhibits that cover broadcasting in Ireland: the history of sound production and reproduction, transatlantic communications, early domestic receiving and early sound and television broadcasting equipment.

Over 400 artefacts spanning a 100 years of broadcasting history are now on display in the new RTÉ Museum of Broadcasting in Portobello, Rathmines. 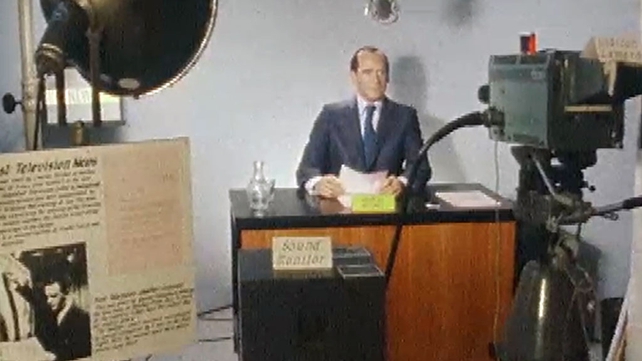 A life-size model of newsreader Charles Mitchell occupies a recreated news studio in the museum and mementos from major events covered by RTÉ over the years are also on display.

An RTÉ News report by Brendan O'Brien broadcast on 8 June 1981.

The President Speaks to the Nation and the USA 1936

Taoiseach Broadcast to the Nation 1939