'Strumpet City' is a best-selling novel by James Plunkett set in Dublin between 1907 and 1914, a period of major labour unrest. Adapted for RTÉ Television by Hugh Leonard 'Strumpet City' was broadcast as seven episodes in 1980.  The series was directed by Tony Barry and among the notable cast were Peter O'Toole, Peter Ustinov, David Kelly, Bryan Murray, Donal McCann and Angela Harding.

In this extract from the opening sequence, Rashers Tierney (David Kelly) is in trouble among the crowds watching the visit of King Edward VII (Peter Ustinov) to Dublin. 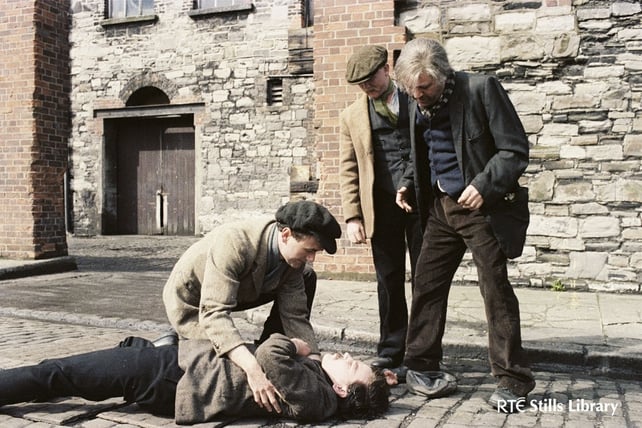 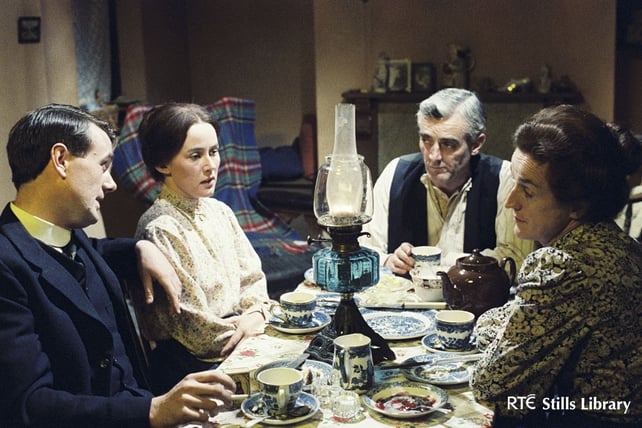 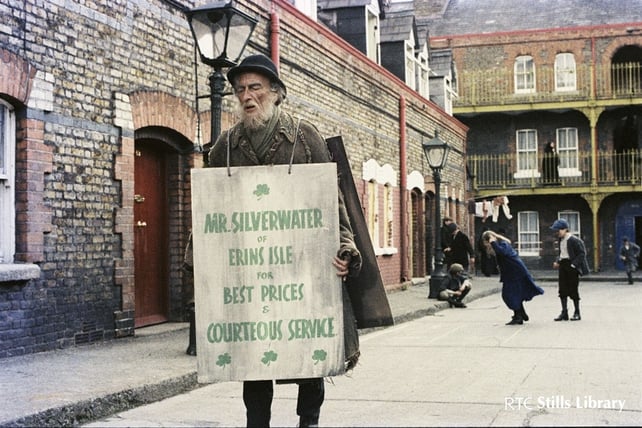 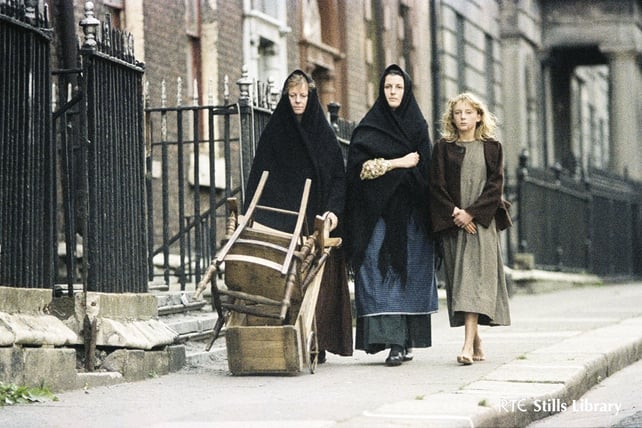 Extras in a scene filmed on Henrietta Street, Dublin 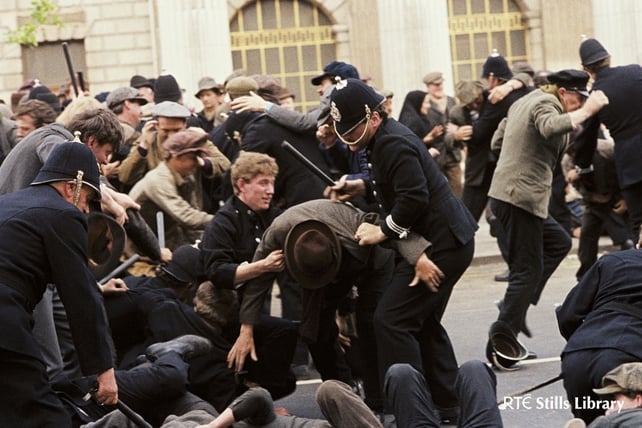 Re-enactment of the 1913 Lockout Baton Charge