O'Connell Street in Dublin is the scene for a recreation of a union rally that was broken up by the Dublin Metropolitan Police during the 1913 lockout.

A pageant in the city centre was held to mark 80 years since the 1913 Dublin lockout. The re-enactment included a baton charge by police on the workers and the famous address by Jim Larkin a window of the Imperial Hotel. 'Big Jim' Larkin is played by actor Jer O'Leary and TD Tony Gregory plays the role of a police victim, who addresses the crowd outside Clery's Department Store opposite the GPO.

I was battened to death on O'Connell Street for demanding the right to join Larkin's union. It was to have been a peaceful meeting. We were here to protest against the lockout.

The event was organised by the North Inner City Folklore Project. 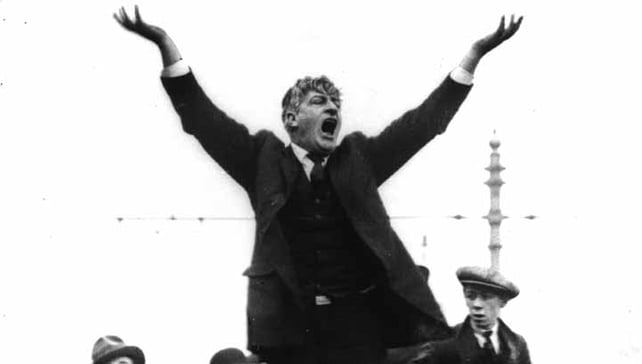