The first person to read the news on Irish television has died in Dublin aged 76.

An actor with the Gaiety Theatre for nearly twenty years, he joined Telefís Éireann as the station's first chief newscaster in 1961 and became a familiar face on RTÉ Television screens.

He slipped easily and naturally into the role of the calm and reliable announcer of great events giving the new television service an authority that was invaluable.

Popular with audiences throughout his career he went on to become the first RTÉ winner of a Jacob's Award in 1962.

An RTÉ News report broadcast on 18 August 1996. The reporter is Éamonn Lawlor. 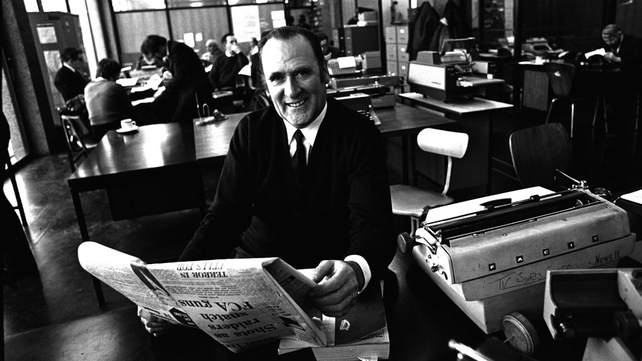