The world's leading sellers of personal computers have set up in Ireland. Dell's Limerick plant is set to become the manufacturing base for the whole of Europe.

The Minister for Industry and Commerce Des O'Malley opens the Dell Computer Plant in Limerick.

Located in the former ATARI factory in Raheen, Limerick it will be a manufacturing base for the whole of Europe and Dell's first European headquarters . In 1990 the Texas based company turned over £300,000,000 in Europe alone. 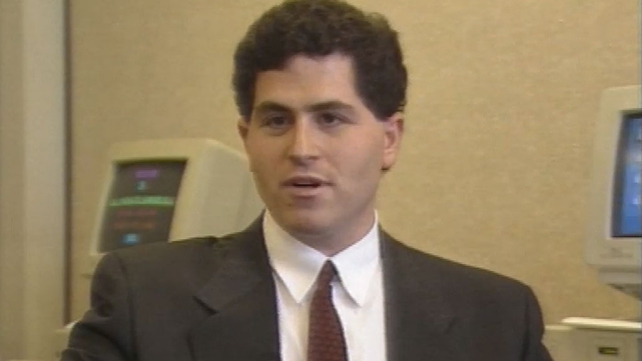 The twenty five year old founder and CEO of Dell Michael Dell explains why the world's leading sellers of personal computers are investing in Ireland.

We were very impressed with the infrastructure, and the people, and the incentives placed in Ireland, and couldn't be more pleased to be here.

It is projected that in eighteen months it will go from producing 1400 to 4000 computers a week with a workforce increasing from 114 to 300 employees.

An RTÉ News report by Michael Lally broadcast on 14 June 1991.