600 staff laid off with immediate effect at The Irish Press in what was the last straw for the troubled newspaper.

The Irish Press newspaper group laid off all its staff on 26 May 1995.

By mid-morning management had ordered the National Union of Journalists Senior Officer at the Press to leave the premises.

170 journalistic staff had begun a sit-in the previous day in protest at the sacking of business editor Colm Rapple over an article he wrote for the Irish Times. The work stoppage meant that no edition of the Irish Press had been produced that day.

440 non-journalistic staff were laid off with immediate effect while the protesting members of the National Union of Journalists were ordered to leave the building in Burgh Quay.

In this RTÉ News report, senior member Ronan Quinlan suggests that the management must have a different agenda in engineering this dispute. Also featured are interviews with SIPTU members Owen Pool and Larry Martin. 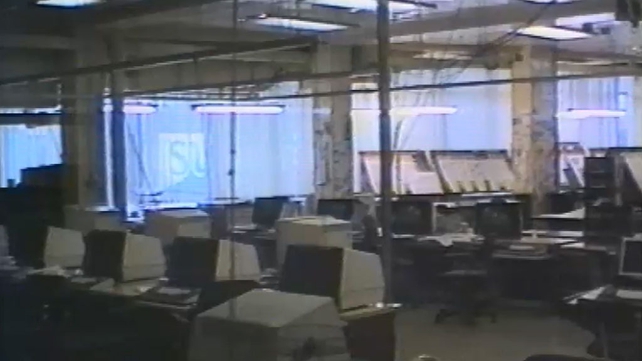