The Irish-language daily newspaper 'Lá' was first published on 13 August 1984 to cater to the growing Irish-speaking community in west Belfast.

'Lá' grew from weekly publication 'Preas an Phobail'. Editor Gearóid Ó Cairealáin says they built it up from a small thing and saw that they could produce a daily newspaper. They are now printing 600 copies a day, almost 200 of which are sent to Dublin, and hope to be up to a thousand a day by Christmas. 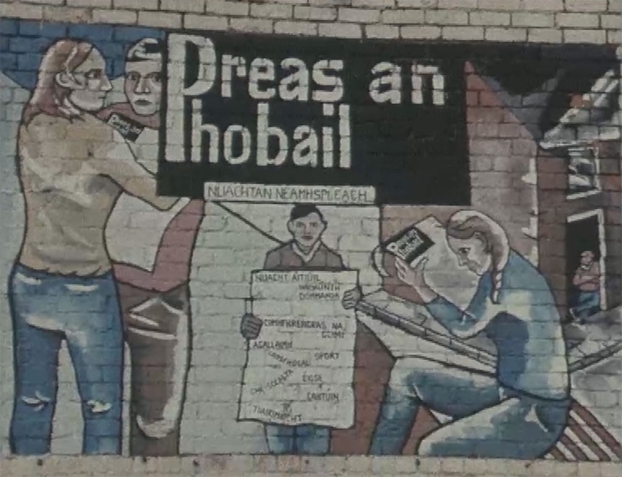