The public get to see two recently discovered paintings by Irish artists that will go on sale in London.

The two recently discovered paintings by Irish artists the highlights of an upcoming Christie's sale in London went on display in the Shelbourne Hotel in Dublin first.

Until now, no one knew of its existence

'Played' by John Lavery is an oil version of his watercolour 'A Rally' and was part of a group of tennis pictures produced in 1885. It had been in the same family near Paisley in Scotland ever since.

Another discovery was 'Paysage' by Roderic O'Connor, an 1892 experimentation with striped application of paint. It had been in the collection of an American living in Paris, and had come to light after her death.

An RTÉ News report broadcast on 17 April 2000. The reporter is Colm Connolly. 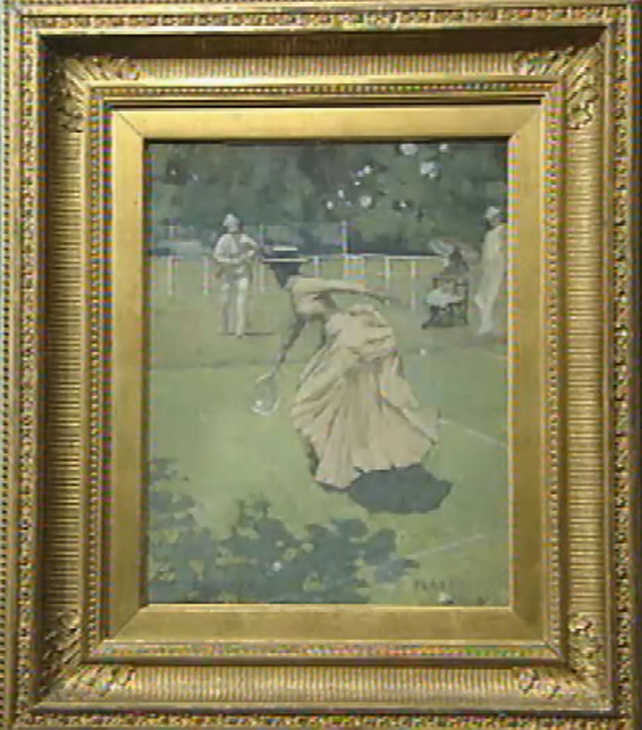