From a series of special reports on the travelling community, reporter Joe Little met opponents to a proposed halting site for travellers in Navan, county Meath.

Until 11 months previous travellers were camping illegally outside Navan Community College. Some parents had resorted to keeping their children off school because of the illegal site. The school management went to the High Court, where the travellers were ordered by the judge to move on. The court also ordered Meath County Council to build a halting site for the travellers within 12 months. Locals were protesting at council plans to locate the new halting site near Winetown Road, a mile outside Navan. The protesters staged a round-the-clock picket on the site for the past nine weeks.

Local sheep farmer, opponent to the halting site, and spokesman for the protesters, John Boyle, told RTÉ News that the people of Navan did not want another halting site in their area. His reasons for opposing the site related to alleged intimidation of locals by members of the travelling community, road access and environmental factors.

One protester to the site states

We'd nearly go to prison to stop them

There's enough of them in Navan 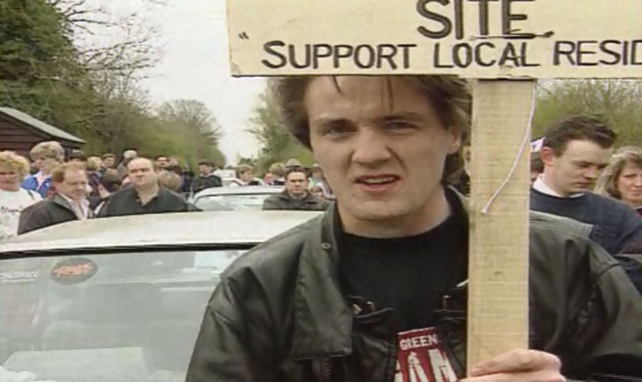