How are your pancake flipping skills? Have a look at this display on O'Connell Bridge in Dublin.

Pancake flipping is a skill that comes with practice. Ever tried flipping a pancake on a breezy day on Dublin's O'Connell Bridge? Well, back in 1980 RTÉ's 'Youngline' presenters, Hilary Orpen and Ultan Guilfoyle, hit the streets of Dublin to see how good the people of Dublin were at flipping pancakes. You can judge for yourself from this report.

This episode of 'Youngline' was broadcast on 21 January 1980.

'Youngline' was a once weekly, half-hour magazine show for younger viewers. The first programme was broadcast on Tuesday, 23 November, 1976 from 5.30 to 6.00pm. The series continued until May 1984. 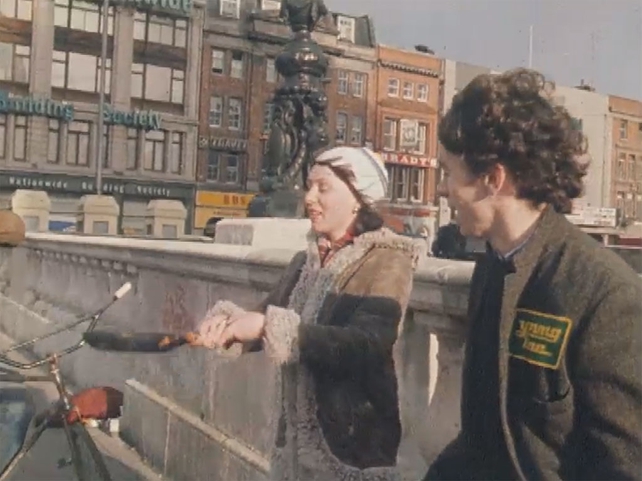