Powerscourt House was destroyed by a fire on 4 November 1974.

The stately home in Enniskerry, Co. Wicklow belonged to Ralph Slazenger, of the Slazenger sports brand family, and his wife Gwendoline. It had been built for the Wingfield family in the 18th century by architect Richard Cassels on the site of of a 13th century castle owned by the De La Poers. Its gardens were world-famous and open to the public.

Ailbhe Butler, the estate's tourist manager, describes what it was like before the fire.

An RTÉ News report broadcast on 4 November 1974. The reporter is Derek Davis. 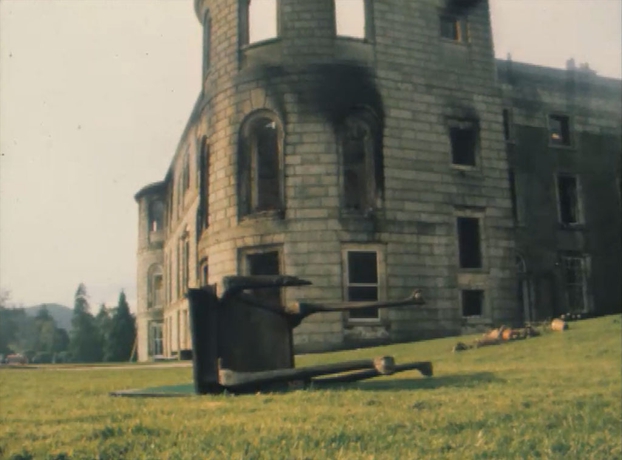