A group of hippies are looking to purchase Saint Patrick's Island, Skerries in County Dublin.

Pending planning permission and access to a fresh water supply, the plan is to purchase the island and set up a commune or Kibbutz-style community.

Two of the leaders, Frank Harris and Sid Rawle, also known as 'The King of the Hippies', spoke to RTÉ News about their plans for the island.

The plans were met with resistance from the Skerries locals.

Sid Rawle and Frank Harris subsequently abandoned their ideas for the Skerries Island. 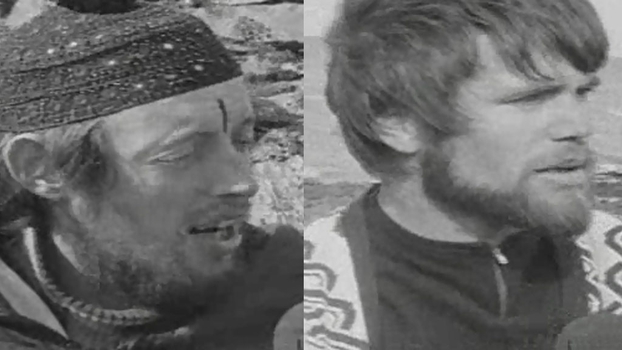