Mother Teresa recalls her early calling to Jesus in Skopje and the time she spent in Rathfarnham in Dublin as a young novice.

Mother Teresa went to Loreto Abbey Rathfarnham for six weeks to learn English before going to India to be a missionary. She worked for almost 20 years as a teacher in Calcutta, before leaving the Loreto Order to found the Missionaries of Charity in 1950.

In her new order, she worked among the poor of India, opening hospices and orphanages. The Missionaries of Charity had 850 sisters at the time of this interview. 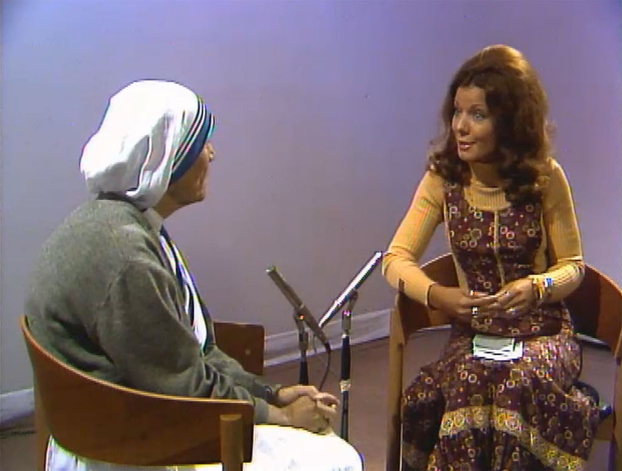 This interview was broadcast as part of 'This Week' on 15 September 1974. The presenter is Nodlaig McCarthy.