A new report suggests the music industry in Ireland is worth £100 million a year and recommends action to increase its employment and value.

Colm Connolly reports on latest developments in the music industry in a weekly review of the arts broadcast on RTÉ News on 27 May 1994. Patricia Quinn, Cultural Director of Temple Bar, says they commissioned the report because they felt the music industry had a great deal of potential that was not being sufficiently exploited.

Plans have also been announced for a new music centre in Temple Bar, to be located at the junction of Temple Lane and Curved Street. It will have a live venue with a TV studio, rehearsal rooms and an information and resource centre, as well as housing the Sound Training Centre. Today the venue is known as The Button Factory.

An RTÉ News report broadcast on 27 May 1994. The reporter is Colm Connolly. 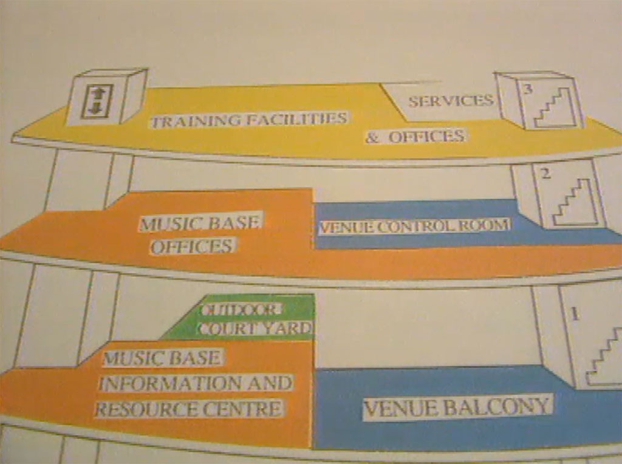