In this report from 1965 Michael O'Hehir visits Gaelic Park.

A little spot of Ireland they say in the centre of the skyscrapers and buildings that make New York.

An innovation in the time keeping of games has been introduced and is explained to Michael O'Hehir. John O'Donnell gives the history of Gaelic Park, he has been connected with the venue since 1944.

At the pitch side in Gaelic Park commentator John 'Lefty' Devine also speaks to Michael O'Hehir.

Some young Irish emigrants explain that Gaelic Park is also an important venue for social gatherings and to meet other Irish people.

This episode of 'Sport in Action' was broadcast on 12 January 1966. 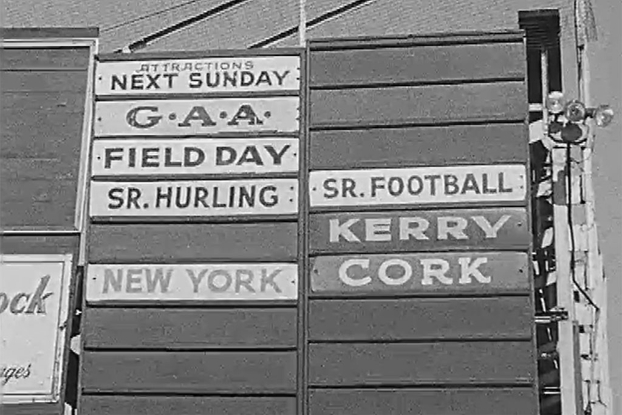