'The Taking of Christ' by Caravaggio was thought to be a lost masterpiece until it was recognised in the residence of the Society of Jesus in Dublin.

For many years it was thought the painting hanging in the Jesuit dining hall was a copy until Sergio Benedetti of the National Gallery of Ireland saw it. He thought it might be the original, and so a long period of research to establish its authenticity began.

Raymond Keaveney Director and Sergio Benedetti, Head Curator at the National Gallery of Ireland are standing over claims for the painting held in Dublin.

An RTÉ News report broadcast on 17 February 2004. The reporter is Garth O'Connor. 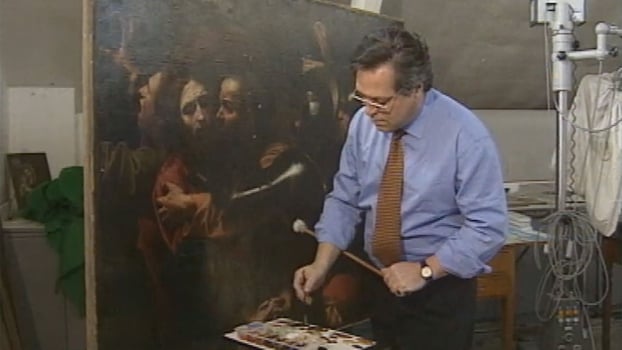