A visit to the recently opened Lambert Puppet Theatre in Monkstown, Dublin, the first of its kind in Ireland.

Eugene Lambert has set up a puppet theatre in the Dublin suburb of Monkstown. The RTÉ programme Tangents went along to learn more about the new venture.

The report includes performances from 'Finnegan' and Frank Kelly’s adaptation of 'The Fisherman and his Soul' by Oscar Wilde.

Eugene Lambert talks about how the birth of television led him to a career in puppetry in a big way. It was a family affair for the Lamberts who all grew up with and worked on 'Murphy agus a Chairde'(1963-1967).

Eugene Lambert is perhaps best remembered for playing O'Brien in 'Wanderly Wagon' (1968-1982) which he also produced and was one of RTÉ's most successful children's programmes. As his puppetry career on television grew, Eugene always wanted to have his own theatre which is exactly what he has now at the Lambert Puppet Theatre. He has great plans to bring the world of puppetry to an adult audience and hopes to perform some of W.B. Yeats work.

The Lambert Puppet Theatre was established in 1972 with Eugene Lambert at the helm.

This episode of Tangents was broadcast on 20 December 1972. 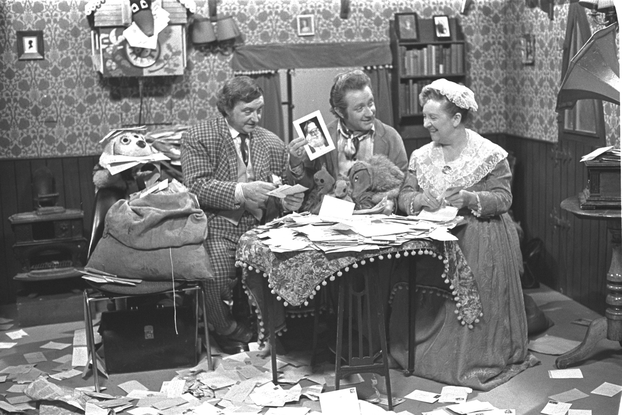