The much loved Lambert family and their puppet creations have been entertaining generations of Irish children for thirty years.

In 1967 Wanderly Wagon first rolled onto our television screens introducing viewers to O'Brien, Godmother, Judge and Mr Crow. The show ran for seventeen years and was the most popular children's show ever.

In 1972 the Lambert family decided to give children the chance to meet the characters with the establishment of The Lambert Puppet Theatre in Monkstown, Dublin. 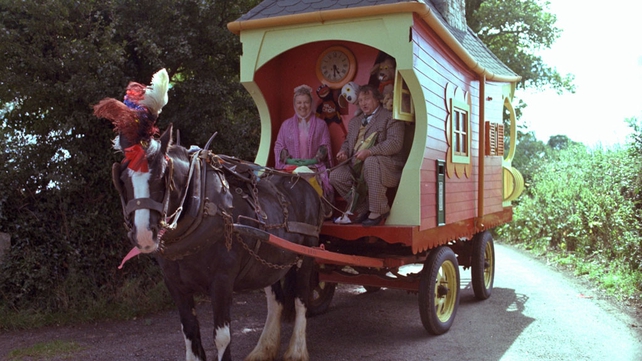 Reporter Dympna Moroney speaks to Judge and Eugene Lambert about how the family-run puppet theatre began and evolved in the last three decades. Over the years the puppets have entertained celebrities from around the world including the Crown Prince of Japan and pop star Michael Jackson.

Eugene Lambert believes that despite competition from television and computer games, there is always an audience for a live show.

Children haven't changed throughout the years... Our shows are all based on participation, which you join in and answer back and all that, which you can't do to a television set or a computer.

An RTÉ News report broadcast on 7 November 2002. The reporter is Dympna Moroney. 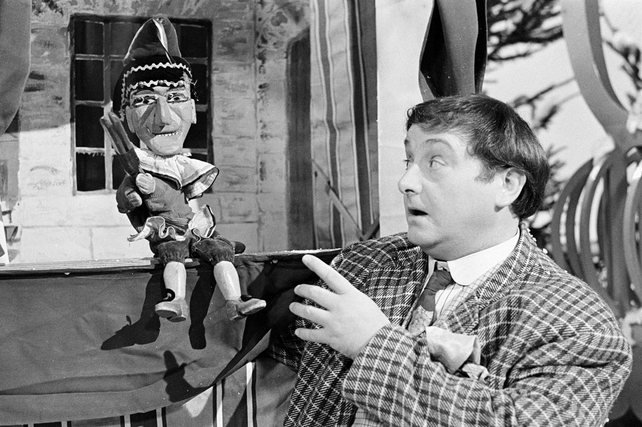