Air passengers faced delays of up to three hours on flights out of Dublin Airport with the airport closing for almost two hours on the afternoon of the 22 October to allow the runways to be cleared of sleet and hail. While bus and rail services were running normally, thunderstorms caused flooding on some roads in the region.

On the night of the 22 October, the highest rainfall since records began in 1964 was recorded at Baldonnel Aerodrome.

An RTÉ News report broadcast on 22 October 2003. The reporter is Vivienne Traynor. 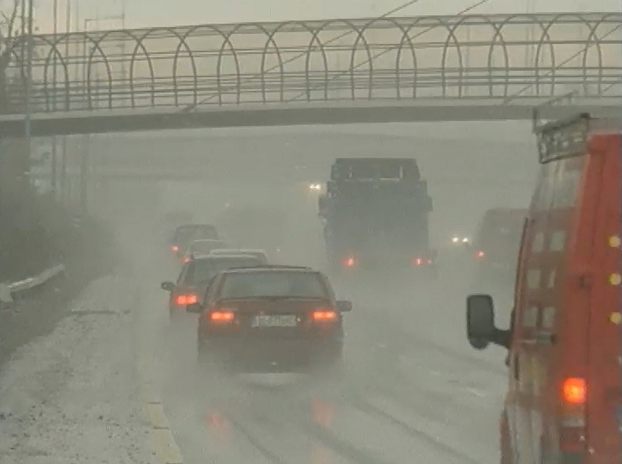 Planning permission is granted for a multi-million pound shopping and office complex at Merchant's Quay in Cork city centre.