On 25 August 1986 torrential rain and high winds caused extensive damage mainly in the eastern part of the country. Several hundred people have been evacuated from their homes and two people reported missing in Bray, Co. Wicklow have been located.

Charlie Bird reports on the impact of Hurricane Charley from his hometown of Bray, Co. Wicklow, which caught the worst of the hurricane.

Between 500 and 1,000 people have been evacuated from their homes in Bray. Charlie Bird reports from Bray on the flooding of the town due to the storms from Hurricane Charlie. A thousand residents were evacuated from their homes. This report includes a series of interviews with residents and rescue workers One resident is irate with Charlie Bird and tells him to go away.

This report was broadcast on Morning Ireland on 26 August 1986. 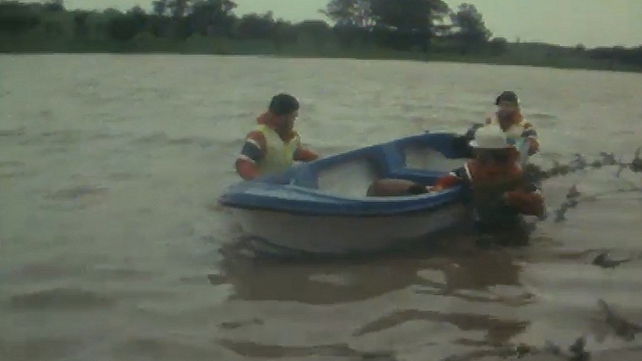