Nelson Pillar stood at 120 feet for 157 years, survived the GPO bombing in 1916 and was a favourite viewing spot for both Dubliners and visitors.

The pillar's caretaker describes the pillar, the people who visit it, its history, the battles it commemorates and speculates on whether the pillar should be there at all.

Some people when they come in when they hear that it is a 166 steps they look for an elevator.

On 8 March 1966 republican dissidents planted a bomb destroying the upper section of Nelson Pillar on O'Connell Street, Dublin. While there is no record of the original broadcast date for this episode of 'Newsbeat', it is believed that it was also broadcast on the day that the bombing occurred.

The Spire now stands on the site where Nelson Pillar once stood. 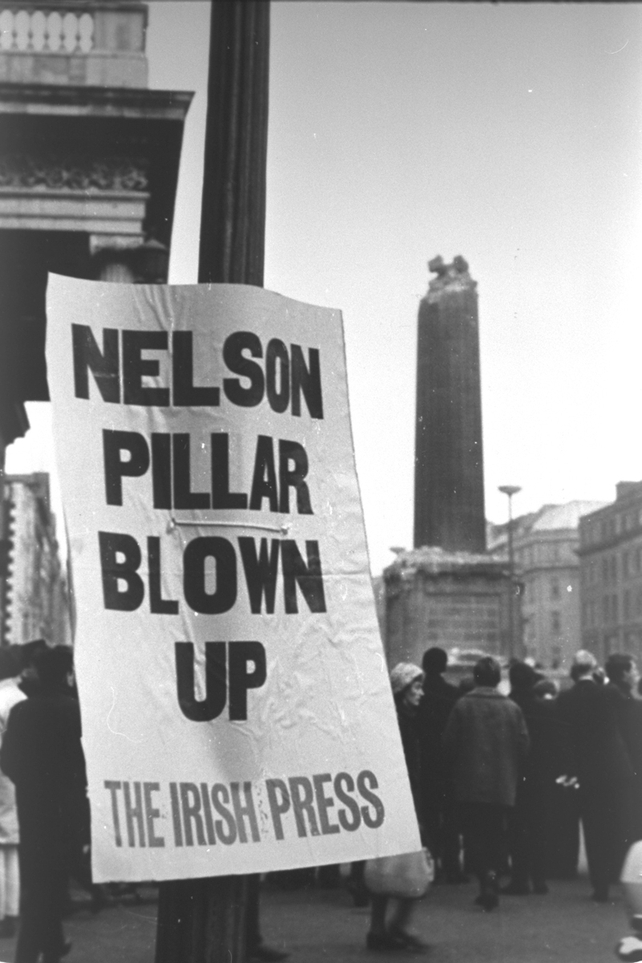