The 42nd Eurovision Song Contest took place at the Point Depot in Dublin, following Eimear Quinn's win the previous year.
The show was presented by Carrie Crowley and Ronan Keating. The United Kingdom won with Katrina and The Waves performing 'Love Shine a Light'.

Ahead of the contest Terry Wogan, who was there to provide the BBC commentary, believes that Ireland should hold the contest every year, with the financial backing the European Broadcasting Union.

This country should stage it every year cos Ireland does it better than everybody else, has an uncanny knack for winning it. I think the EBU should subsidise RTÉ to have it here every year.

Wogan also comments that the UK entry is the best song they have had for a long time.

An RTÉ News report broadcast on 3 May 1997. The reporter is Colm Murray. 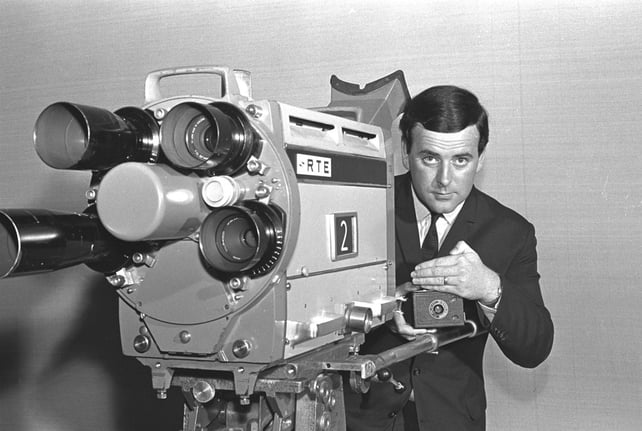