Ireland takes second place behind the United Kingdom at the 1967 Eurovision Song Contest in Austria.

Sean Dunphy (1937 – 2011) represented Ireland at the 1967 Eurovision Song Contest, finishing second with the song 'If I Could Choose'. Despite not winning the contest, Dunphy returned to Ireland to a hero's welcome at Dublin airport where he was greeted by his family, friends and hundreds of fans. Charles Haughey, then Minister for Finance, and the Lord Mayor of Dublin Eugene Timmons, were also there to offer their congratulations. Also in attendance were Dunphy's manager Oliver Barry and singer Dickie Rock.

Reporter Mícheál Ó Briain endeavours to interview Dunphy as he gets off the plane at Dublin airport and again later in the terminal building.

When asked how he felt, Sean Dunphy responded

Wonderful. I'm chuffed. I can't even talk properly... It's the most wonderful moment of my life.

He chats about his experience at Eurovision and plans for the future.

Sean Dunphy was selected to represent Ireland at Eurovision following the Irish National Final which was held on 12 February 1967. The winner was chosen by a postcard vote.

The 12th Eurovision Song Contest took place in Vienna, Austria on 8 April 1967. Sandie Shaw won the competition with the song 'Puppet on a String', written by Phil Coulter and Bill Martin. 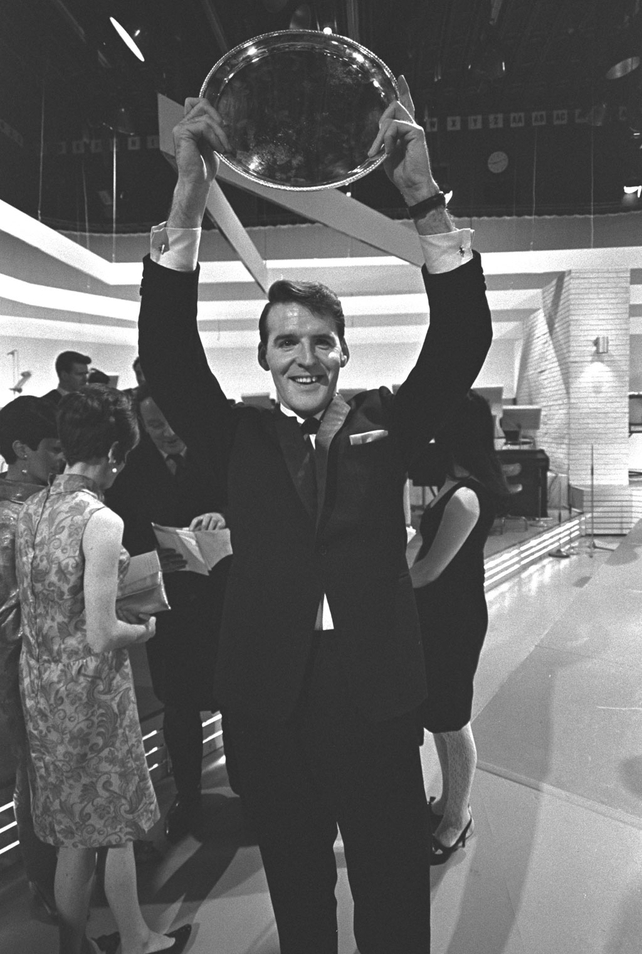