Noel Purcell retraces his roots in 'Raised on Song and Story'

The actor Noel Purcell died on 3 March 1985. The 84-year-old Dubliner had a distinguished career on stage and in film. Among many big screen roles Purcell played the part of a sailor in a number of films, including 'The Blue Lagoon' (1949) and 'Moby Dick' (1956). In 'Rooney' (1958) he played the part of a bin man in set in Purcell's beloved city of Dublin.

His involvement with theatre began as a schoolboy, when he got a job backstage at the Gaiety Theatre. In this extract from 'Raised on Song and Story: A Portrait of Noel Purcell', Purcell returns to Lower Mercer Street, Dublin, where he was born and reminisces about all the characters who used to live there. He then moves on to the Gaiety Theatre, where his mother's old friend Martin Murphy was the stage manager. It was Murphy who gave Purcell his first job as call boy.

'Raised on Song and Story' was made to celebrate Purcell's 80th birthday and broadcast on 24 December 1980. 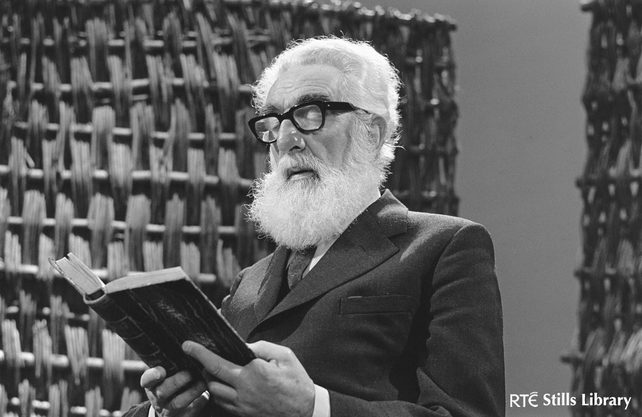