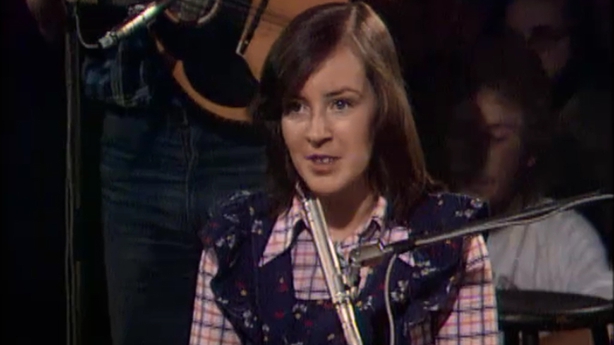 According to Dónal Lunny there are many songs with the same theme as ‘Pretty Peg’,

The young man going to visit the girl in the middle of the night and trying to sort of keep a low profile.

Dónal Lunny formed The Bothy Band in 1975 after he left the group Planxty to form his own record label, Mulligan Records. The Bothy Band broke up in 1979.

The Bothy Band recorded three studio albums and released one live album. A best of record was released in 1983 with a further live album in 1995. 'Pretty Peg ‘/’Craig's Pipes’ features on the band's debut '1975: The First Album'.

‘At The Embankment’ was a 12 week music series featuring well known performers on the traditional Irish music scene, recorded at The Embankment pub in Tallaght, County Dublin. It ran from 1 October to 17 December 1976.

This episode of ‘At The Embankment’ was broadcast on 22 October 1976. The producer is Noel Greene. Aileach At The Embankment 1976