Roger Doyle describes the thinking behind the Operating Theatre project and explains how he uses the Fairlight CMI.

Operating Theatre is a group of actors and musicians who come together for various artistic adventures.

Operating Theatre is one part theatre and one part music, with a core membership of Roger and Olwen with other artists joining them for various different projects.

The Fairlight CMI comprises a synthesizer, sampler and workstation and uses samples to generate sounds and create music. Roger Doyle demonstrates how the instrument works creating a sound he calls ‘Live Arts’ with a teacup from the RTÉ canteen. A monitor displays the waveform of the particular sounds created.

It’s just a little squiggle at the beginning and the rest is silence.

The Fairlight can synthesize any conventional instrument. Roger Doyle is using it for more of his composing.

He describes the Fairlight as "a composer's tool" that allows him to think in new ways about the creative process. 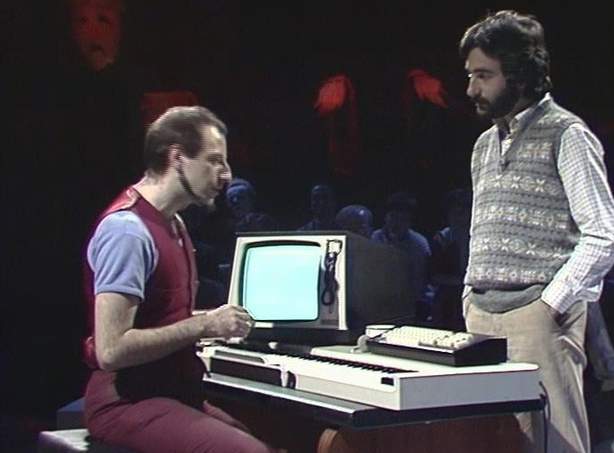 He does not believe that Fairlight technology will replace traditional orchestras. There are about 50 Fairlights in the world and just one in Ireland and according to Roger Doyle, nobody is using it to replace traditional instruments. The technology is now being used by musicians such as Peter Gabriel and Kate Bush as well as by advertising agencies and in film production.

This episode of 'Live Arts Show' was broadcast on 17 October 1983. The presenter is John Hutchinson.

'Live Arts Show' was a monthly arts programme presented by Moya Doherty and John Hutchinson. The programme was produced by Anne McCabe. 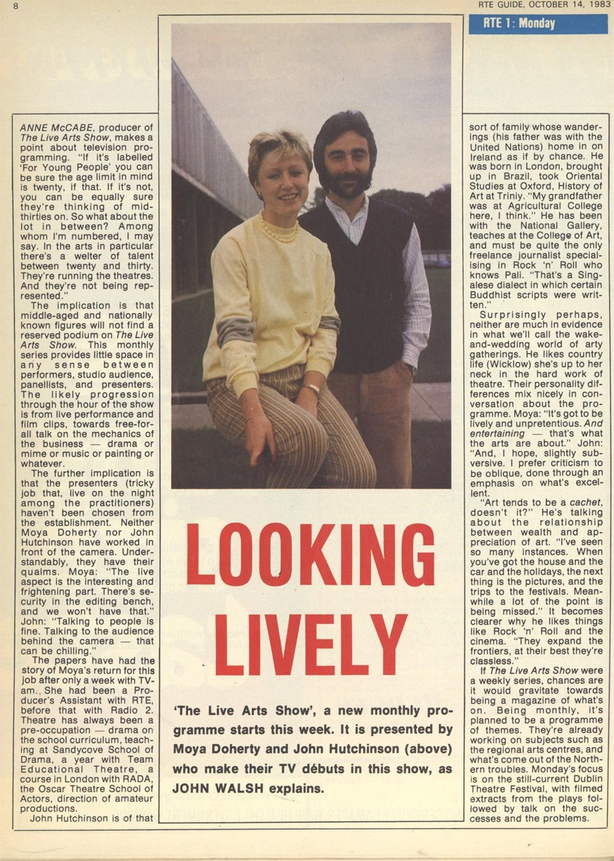