Fans not letting rain dampen the mood for the the Oxegen Festival at Punchestown Racecourse in Kildare.

Dozens of bands are scheduled to play to around eighty thousand music fans at the two day Oxegen Festival. Tickets for the event sold out within twelve hours.

The atmosphere was not dampened by the bad weather and for the first time festival goers could avail of hot showers on site.

Within three hours of opening, a staggering twenty thousand tents had been pitched at the designated campsite. 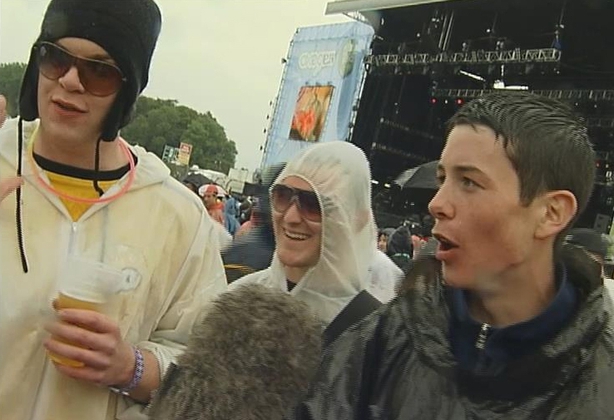 While music is the main attraction the festival organisers have provided large screens for football fans to view World Cup matches. There is also a comedy tent and a funfair. The impressive line up includes Irish acts Damien Dempsey, Bell X1, Divine Comedy, and Republic of Loose. The headline act is The Red Hot Chilli Peppers, whose performance will be broadcast live on 2FM and the internet. This is the first time in eight years that the Red Hot Chilli Peppers have allowed a live broadcast.

An RTÉ News reports on 8 July 2006. The reporter is Kate Carolan.