The city of Cork is to be the new venue for the Féile music festival.

The uncertainty around when and where this year's Féile will take place is put to rest as Cork agrees to host the three day music festival at Páirc Uí Chaoimh.

Féile in Thurles was probably Ireland’s most successful rock festival.

In previous years, the festival was held in Thurles County Tipperary bringing about seven million pounds to the town each year since 1990. Revenue to the GAA for the festival helped to significantly reduce the debt of Semple Stadium.

However, a number of prominent figures began to object to the festival which they claimed brought "drunken debauchery" to the town where the GAA had been established in 1884.

Most festival goers were well behaved and there were relatively few arrests over the years. There was some crime and complaints about the lack of facilities on the large, temporary campsite. 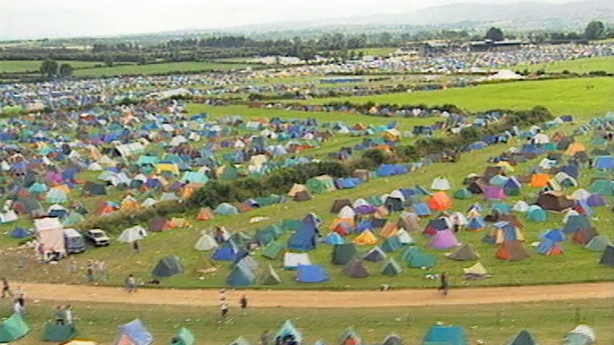 So why has Cork decided to stage the event? Those in favour of the event believe that the city is well equipped given its experience of hosting Siamsa Cois Laoi and other rock events. A modern three day rock festival presents different challenges to the one day events of the 1970s and 1980s.

People on the streets of Cork are generally welcoming of the news that the city will host the festival apart from some concerns over drink and drugs.

This episode of 'Nationwide’ was broadcast on 27 June 1995. The presenter is Seán Duignan with Donagh McGrath reporting.