The Church of Ireland wedding of Deirdre Gilbert and fiancé Robbert Huddleston took place in St John the Baptist Church, Clontarf in Dublin.

The first Anglican priest here to officiate at her daughter's wedding.

Meanwhile, at the Milltown Institute of Theology, a seminar organised by BASIC (Brothers and Sisters in Christ) took place as part of the Worldwide Day of Prayer for the ordination of women in the Catholic Church. 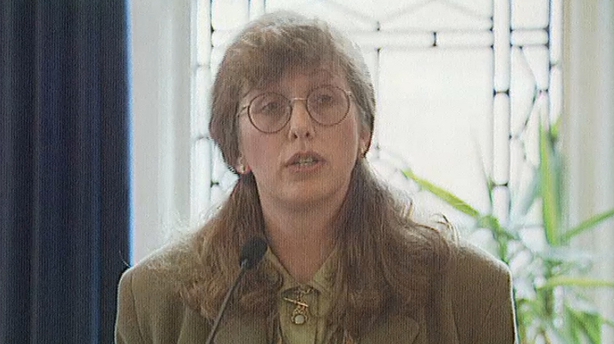 An RTÉ News report broadcast on 25 March 1995. The reporter is Joe Little.