Playing a board game in Wanderly Wagon has O'Brien and friends wondering whatever became of Sneaky Snake?

In an episode title 'The Wrong Wagon' O'Brien (Eugene Lambert), Judge, Mr Crow and Godmother (Nora O'Mahony) play a game of Snakes and Ladders. Playing the game has O'Brien wondering whatever became of Sneaky Snake. Meanwhile Sneaky Snake has teamed up with Doctor Astro (Frank Kelly). 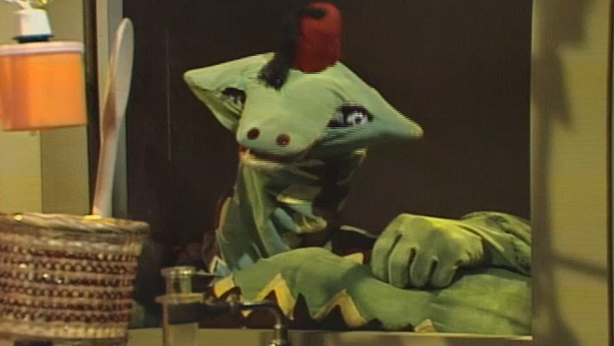 Back in the wagon, Godmother can not decide which 'Fionn mac Cumhaill' story to read.

This episode of Wanderly Wagon was broadcast on 16 November 1979.

The script for ‘The Wrong Wagon’ is by Carolyn Swift who wrote over 100 episodes of ‘Wanderly Wagon’.