Scenes from the town of Ballinrobe in County Mayo.

Shot in October 1978, the opening sequence for this episode of ‘Hall’s Pictorial Weekly’ features the historical town of Ballinrobe in County Mayo.

Locals are busy carrying out their daily business in and around Main Street. Some women share a joke, men chat, a child eats an ice-cream while another goes by on a tricycle. Everyone, including the dogs on the street, look inquisitively at the camera crew filming their town. The final scene ends with a shot of the distinctive weighbridge in the Cornmarket of Ballinrobe.

This episode of ‘Hall’s Pictorial Weekly’ was broadcast on 1 November 1978. 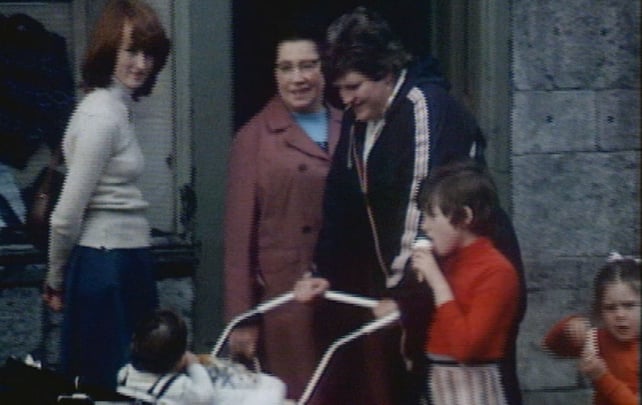