The new outfits were designed by Irish designer Neillí Mulcahy (1925-2012). The uniforms are made of worsted yarn and tweed in fern green and St Patrick's Blue.

Air hostesses wore a selection of uniforms before boarding an Aer Lingus plane at Dublin airport. 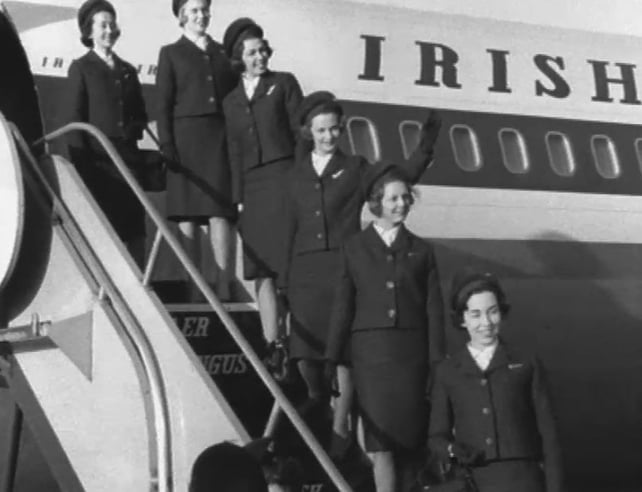 An RTÉ News report broadcast on 13 December 1962. The footage shown here is mute.