This footage shows Ronnie and Joan leaving the church accompanied by the wedding party and guests.

The ceremony was performed by Rev. JJ Dunne, CC, Dundrum. Ann Fennell, sister of the bride, was matron of honour, and the bridesmaid was Collette Delany, sister of the groom.  Ronnie's brother Paddy was the best man and the groomsman was Michael Ryan. 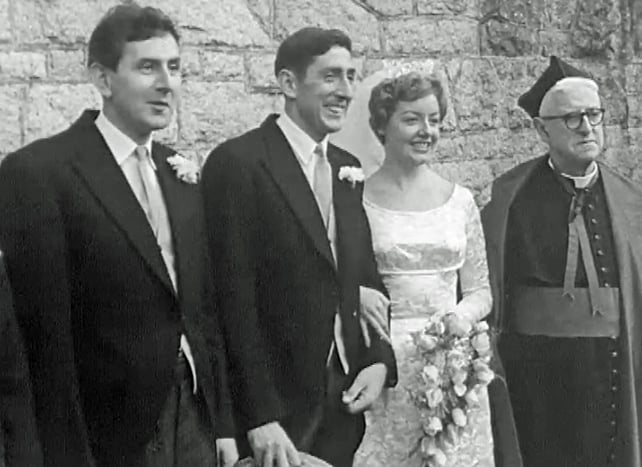 Outside the Church of the Holy Cross, Dundrum, Dublin

This footage was broadcast as part of an RTÉ News report broadcast on 30 August 1962.